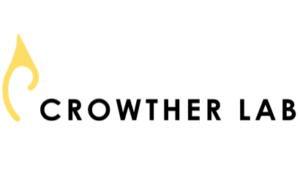 The Crowther Lab is made up of earth scientists, remote sensing experts, community ecologists, ecosystem ecologists, earth system modellers, programmers, physiologists, mathematicians, molecular biologists, physicists and biochemists. While most research teams in the world focus on one of these areas, the Crowther Lab has an interdisciplinary approach. This allows them to come at big questions from different angles and to focus on holistic results. Their aim is to develop scientific solutions for the fight against climate change and the loss of biodiversity.

Scientific solutions for the fight against climate change and the loss of biodiversity.

By developing quantitative earth ecology models, their research has contributed important insights into how restoring global ecosystems can combat climate change. The focus of the research has now turned to developing ecological mapping instruments to guide the global restoration efforts. These maps can shed light on which areas they should focus their renaturation initiatives on to achieve the greatest impact on carbon sequestration and biodiversity. It also helps them to understand the climate-related consequences of these measures. This global ecological research is necessary to understand and tackle climate change.

Nature-based solutions against climate change: the global potential for carbon restoration and storage

The Crowther Lab at ETH Zurich researches nature-based solutions for the fight against climate change. In a new study, the researchers show for the first time where in the world new forests could grow and how much carbon they would store. Jean-François Bastin, study director and, at that time, postdoc at Crowther Lab, explains: “One aspect was especially important for us when performing the calculations: we excluded cities and agricultural land from the total surface area with the potential for reforestation since humans need these spaces regardless.”

ETH professor Tom Crowther, co-author of the study and founder of the Crowther Lab, has the following to say about this: “We all knew that reforestation could make a contribution to climate change, but until now it was unclear how great the effect would be. Our study shows in no uncertain terms that reforesting the designated areas is an important tool in the fight against climate change. However, we must act quickly because it will take decades for the forests to mature and reach their potential as natural CO2 reservoirs. And it goes without saying that reforestation cannot replace the process of reducing greenhouse gas emissions. It is imperative that we exploit all solutions in order to counteract climate change.”

Finally, the study warns that multiple current climate models mistakenly project that climate change would increase global tree coverage. While the areas covered by forest in the Northern Hemisphere in regions such as Siberia would likely increase, there the average tree density is just 30 to 40 per cent. In sharp contrast to this, however, is the loss of super-dense tropical forests, which typically exhibit tree coverage of 90 to 100 per cent and save more CO2 per comparable area.

School classes in Switzerland are to implement their own tree-planting project, by means of transferring knowledge and raising awareness,…